International Kimberlite Conferences (IKCs) are special events which take place every 4-5 years. The first IKC was held in Cape Town in 1973 and was heralded as a major breakthrough in symbiotic cooperation between industry and academia. Subsequent to the first conference, IKCs have been held in: Santa Fe, New Mexico (1977); Clermond-Ferrand, France (1982); Perth, Western Australia (1986); Araxa, Brazil (1991); Novosibirsk, Russia (1995), Cape Town, South Africa (1998); Victoria, Canada (2003); Frankfurt, Germany (2008); and Bangalore, India (2012); Gaborone, Botswana (2017). The 12th International Kimberlite Conference is to be held in Yellowknife, Canada. This coincides with the 30 year anniversary of the discovery of diamonds in Canada.

A major aspect of all IKCs is the combination of formal technical presentations and field excursions to major diamond deposits. Visits to the latter typically provide material for research to be presented at subsequent conferences. Proceedings Volumes with well recognised publishers together provide a remarkable source of scientific information as well as a history of the evolution of knowledge and interpretation. The advances made in understanding the origins of diamonds, the formation of diamond deposits, the petrology of kimberlites and lamproites, and the nature of the upper mantle could not have been made without the format of IKCs and extensive collaboration with industry. Generous corporate support and sponsorship has been a key to the success of IKCs including the financial support which has resulted in participation by a large number of young scientists. 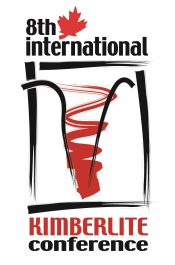 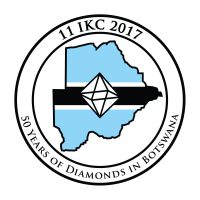