The city of Yellowknife is the capital of Canada’s Northwest Territories and is located on the north shore of Great Slave Lake, approximately 400 km (250 mi) south of the Arctic Circle.

Founded in 1934, Yellowknife is located on Chief Drygeese Territory, the traditional home of the Yellowknives Dene, who founded the nearby community of Dettah in the early 1930s. These are also the traditional lands of the North Slave Metis.

The city of Yellowknife was designated as territorial capital in 1967. Since then, the city has grown to approximately 20,000 residents and is a cultural, economic and government services hub for the territory.

While Yellowknife has its origins in gold mining, diamonds were discovered in the area in 1991. There are three operating diamond mines located within short flights of Yellowknife. Tourism, transportation, and communications are other significant Yellowknife industries. Yellowknife has all the modern amenities with a small-town feel. There are many interesting attractions, including the Prince of Wales Northern Heritage Centre, numerous walking trails and historic Old Town, with the Bush Pilot’s Monument and its panoramic view of the city. And of course, northern lights (aurora borealis), which can be seen between late August and mid-April.

In the summer, the city is alive with a number of events anchored by the weekly Yellowknife Farmer’s Market. Annual summer events include Folk On The Rocks, the Midnight Sun Fly In, the Beer Barge and Old Town Ramble and Ride.

The winter is a popular time as well where the city hosts the Frostbite 50 Ski, the Diavik 150 Canadian Championship Dog Derby, and the Snowking’s Winter Festival, which involves the construction of a snow castle on Great Slave Lake, where daily festivities include live music and children’s programs.

Yellowknife is in the midst of a culinary boom with a new restaurants and bars raising the bar for great food in the city. NWT Brewing Company’s Woodyard Brewhouse & Eatery, Stake, Copperhouse and Birchwood Coffee Kǫ̀. have joined mainstays like The Explorer’s Trader’s Grill, Bullocks Bistro and Thornton’s Wine & Tapas Room for places to have a great meal and night out.

Consisting of ten provinces and three territories, Canada is the world’s second-largest country by total land area, covering over 9.9 million square km. Canada’s geographic makeup is extremely diverse, a feature that mirrors its climate. Arctic weather dominates the northern part of the country for large parts of the year, while milder winters and hot summers make up two out of the four seasons towards the southern half. But fear not, your visit was strategically planned for the summer!

Canadian geology spans four billion years of Earth history. The oldest rocks are preserved in the stable Archean crustal blocks of which the largest include the Superior, Slave, Rae, Hearne and North Atlantic cratons. These blocks are also the repository for much of Canada’s gold, copper, iron, zinc and diamonds. Canada is widely considered to be one of the best-endowed countries in the world in terms of mineral resources.

Canada also has a number of regions rich in kimberlite, most notably the Lac de Gras kimberlite field in the NWT. The many years of exploration, scientific research, and mine development that have gone into this region have had a profound effect on Canadian geoscience and the regional and national economies. For thousands of years, Indigenous peoples co-existed across the vast Canadian landscape. The first known European occupation of the Canadian landscape occurred when Vikings and other Norsemen settled briefly in Newfoundland around 1000 AD. In 1534, Jacques Cartier arrived on the Gaspé Peninsula and claimed the land in the name of Francis I. After several centuries of political and social change, the British North America Act of 1867 established the Dominion of Canada with the four original provinces, Nova Scotia, New Brunswick, Quebec and Ontario. The western provinces joined Canada in the early 20th century. Newfoundland (1949) and Nunavut (1999) were the last province and territory respectively to join Canada.

Following several constitutional conferences, the Constitution Act officially proclaimed the Canadian Constitution in July 1867, a document that remained in place until Prime Minister Pierre Trudeau repatriated the constitution from Britain in 1982, granting Canada full sovereignty. Today, Canada remains a Commonwealth nation, with its official head of state being the British monarch, Queen Elizabeth II. It is a federal parliamentary democracy and is ruled by an elected government, led by a Prime Minister, from the capital city of Ottawa, Ontario.

Canada may be widely known as one of the friendliest countries in the world, but we are so much more than that! In fact, Canada is one of the most developed countries across the globe. It possesses the fifteenth-highest nominal per-capita GDP globally, as well as the tenth-highest overall GDP in the world. It ranks at or near the top in various metrics of international standards, including standards of living, healthcare, civil liberties, government transparency, national peace, travel freedom and business investment potential. Its population is highly urbanized, with over 80% of its 35.5 million population concentrated in medium-to-large sized cities. Its cities of Toronto, Montreal, Calgary, and Vancouver are global centers of arts, culture, education and business. Canada’s vast mineral resources also allow for environmentalism and sustainability to be at the forefront of its economic practices.

The Northwest Territories is currently experiencing extraordinary growth within the Tourism sector. In 2017-2018, over 110,000 visitors arrived in our territory to experience a True North lifestyle and marvel at our northern lights.

Canada itself is one of the most popular travel destinations in the world. With no shortage of beautiful landscapes and unique experiences, Canada is an extremely diverse country, where from coast to coast to coast, you’ll find vibrant culture and awe-inspiring natural wonders.

In the West, you can experience the bustling metropolis of Vancouver or indulge in some of the Okanagan Valley’s finest wines in Kelowna. Not far away, you’ll find some of the best hiking and skiing at Banff and Lake Louise. Next door, the Canadian Prairies span the southwest part of the country. In the late summer and fall, you’ll find picturesque yellow canola fields in Alberta, Saskatchewan and Manitoba.

In Ontario, visit our Nation’s capital along with our iconic treasure, Niagara Falls. Quebec is Canada’s predominately French-speaking province and home to numerous parks and historic sites. There you can take a break from nature and stroll along the cobblestone streets of the provincial capital, Quebec City, a UNESCO World Heritage site. The Maritimes provinces in eastern Canada each provide their own unique character, but three things they have in common are their charm, beautiful scenery and unparalleled fresh seafood. 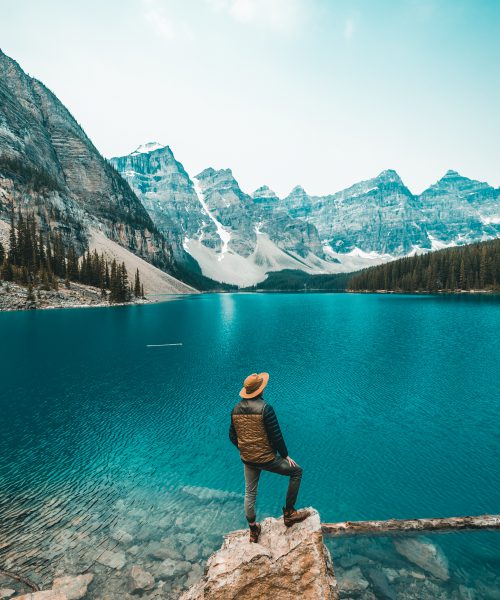 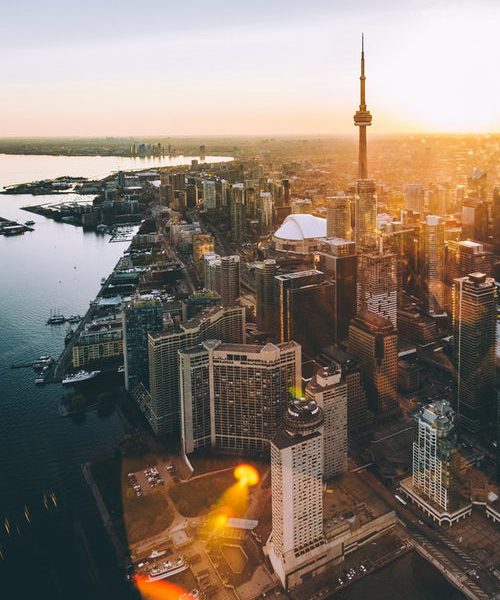